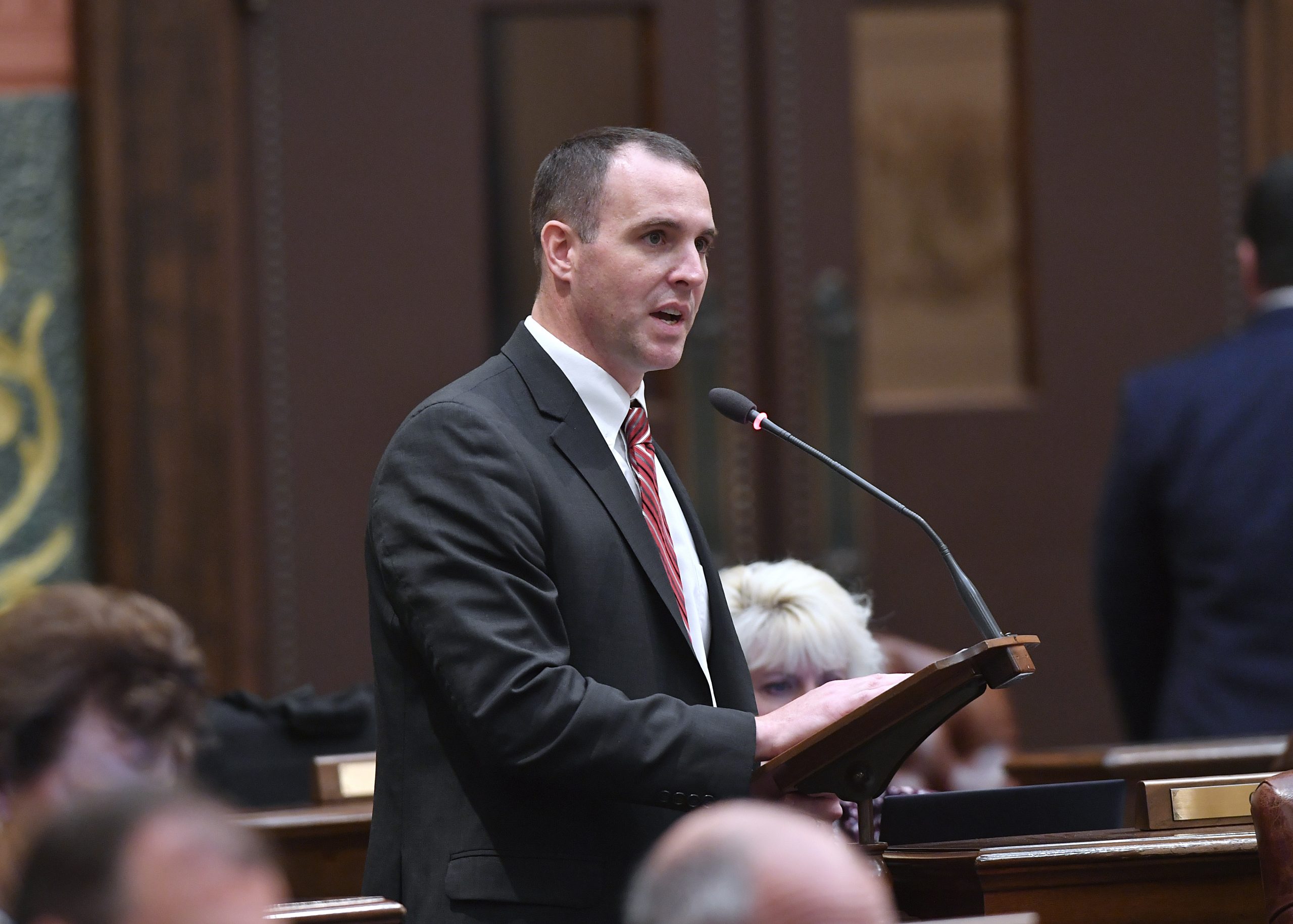 The House of Representatives today completed votes on its proposal for the state’s next budget year – leaving room for $1 billion in tax relief, paying off more long-term debt, and investing in schools and other services needed to move Michigan forward.

“The old saying goes ‘hope for the best, prepare for the worst’ – this budget plan does both,” said Rep. Thomas Albert, R-Lowell, chair of the House Appropriations Committee. “It provides what Michiganders need right now to battle inflation, help kids catch up on lost learning, and put families in the best position for success. It also is a financially sound plan that will benefit schools and communities for years to come without burdening our children and grandchildren with massive debt.”

Albert said the House will soon consider ways to provide the $1 billion in tax relief accommodated in its budget plan. Gov. Gretchen Whitmer recently vetoed the Legislature’s proposals to reduce the income tax rate and suspend the gas tax, but “other options to lower taxes for Michigan families are in development right now,” Albert said.

Highlights of the House plan for the budget year beginning Oct. 1 include:

Paying down debt and saving for the future: Escalating payments into public employee pension systems are crippling the finances of schools and local governments. The House budget allocates more than $4 billion in additional one-time funding to offset debt in these systems, including $2.6 billion for the teachers’ retirement system, $1.2 billion for local municipalities, and another $350 million for the Michigan State Police pension system – freeing up money to be used for other purposes well into the future. The state also would put more into savings — $100 million for the ‘rainy day’ fund and $674 million for the school aid stabilization fund – in case of an economic downturn. “I continue to be concerned by federal policies that could further damage the economy – at the state level, we have to be ready to weather the storm,” Albert said.

Supporting students and teachers: Lost classroom days during the pandemic have left many students behind. The House plan provides extra resources for summer credit recovery programs and “learning pods” to help kids catch up. A school aid fund of nearly $20 billion includes a record-high per-pupil foundation allowance of $9,000 per student, up $300 per student from the current year and more than $2,000 from a decade ago. The House plan includes more than $500 million for teacher recruitment and retention, $500 million in school safety and mental health initiatives, an additional $210 million for special education cost reimbursements, and more resources for rural transportation. These investments come on top of the more than $6 billion in federal COVID-19 relief the Michigan Legislature has approved for schools in the past two years.

Safer communities: In addition to the school safety investments, the budget includes more than $125 million for a variety of efforts to recruit and retain local public safety officers – including efforts to hire from out-of-state so Michigan departments don’t raid each other for help. The budget provides more than $100 million for law enforcement communication towers, and more resources for community policing initiatives. The plan provides $250 million to improve county jail facilities.

Better roads: The House plan includes a Department of Transportation budget of nearly $6.8 billion, up $1.3 billion from the current year. This includes an additional one-time investment of $750 million specifically for local roads – continuing House Republican efforts to improve roads without additional tax increases.

Workforce and economic development: The House plan continues efforts to train Michigan workers for high-demand jobs, and also invests $40 million in the Pure Michigan campaign so critical to the tourism industry and the state’s economy. Going PRO funding is maintained.

Family and maternal health: An investment of roughly $20 million would support the health of pregnant mothers and their babies – increasing access to prenatal and postnatal care, providing other vital services, and promoting adoption. Albert said these investments are even more urgent now that it appears the U.S. Supreme Court may be poised to overturn Roe v. Wade. The House plan sets aside $750,000 for the Legislature to defend the constitutionality of the 1931 Michigan law that criminalizes performing abortions.

Albert said the House budget limits ongoing, year-to-year spending by using already available one-time resources to make strategic investments. The plan also promotes government efficiency and accountability – including a requirement for state employees to work in offices if they worked from offices prior to the pandemic.

Michigan’s new state budget will deliver what students, families and communities need to thrive both today and in the future, House Appropriations Chair Thomas Albert said.

Rep. Thomas Albert’s plan to improve safety standards for rides at amusement parks and carnivals has been signed into Michigan law.